The Exoneration of Bishop Carlton Pearson 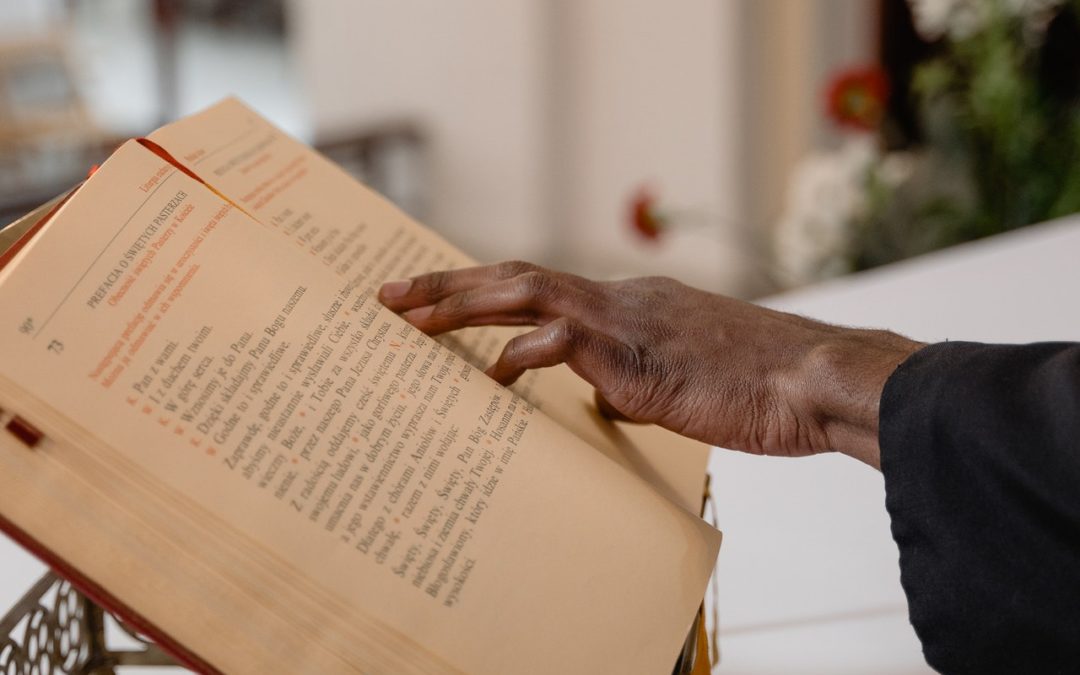 The Exoneration of Bishop Carlton Pearson

It might be said that Carlton Pearson launched his Gospel of Inclusion ministry at the church
service featured at the end of the movie “Come Sunday,” which portrays his theological crisis
after his public rejection of a lifelong belief in hell.

The film ends with Pearson visiting the City of Refuge, a predominantly gay church in San
Francisco headed by Bishop Yvette Flunder, just before she invites the congregation to join her
as she washes his feet. “‘Come on,’ she said. ‘Let’s just love on the bishop.’”

Thus, Pearson was ordained to his ministry to so-called “outcasts.”

“Gays are the ones evangelicals spurn most in the world,” Pearson says. “Yvette taught me how
to talk to gays and not offend them.”

His ministry is a proclamation of the radical, revolutionary, evolutionary love that is God and the
demonstration of that love through a man who knows intimately what it is to be rejected by a
community who used to all but worship him, often the case with strong charismatic leaders.

Pearson, once a pastor to world leaders and politicians, the so called “black son” of Oral Roberts,
a spiritual mentor to an NFL great, and a Pentecostal bishop who had been casting out demons
since he was in high school, was the “golden child” of the evangelical Neo-Pentecostal
Charismatic movement. His annual Azusa conference drew 50,000 people to the Oral Roberts
University Mabee Center and gave initial international exposure to the career of fellow
evangelist T. D. Jakes. Pearson appeared regularly on national Christian television.

Pearson founded one of the country's largest multi-cultural Pentecostal congregations in what he
would call the buckle of the Bible belt: Tulsa, Oklahoma. His rejection of the fundamentalist
theology of hell cost him just about everything but his family. In declaring that everyone is
already saved, regardless of their acceptance of Jesus Christ as lord and savior—a promise he
claims he heard directly from God—Pearson fell out of favor with his colleagues in fundamental
Christianity. He lost his congregation of five thousand and their contributions to his ministry of
$100,000 a week.

Pearson was ostracized, vilified, and rejected as a heretic by his peers.

His colleagues begged him to repent. Evangelist Oral Roberts promised him financial security if
only he would return to the accepted tradition doctrines to remain a part of ORU fold. Even his
mother pleaded with him to reclaim the faith of his childhood.

Only when you understand that Pentecostal Christians are compelled to save souls for Christ,
that this is nothing less than a calling from God, can you understand the heritage in which Bishop
Carlton Pearson was raised.

Then you may grasp the existential angst Pearson felt when he realized he had to reject that
commitment for a greater call—to proclaim the redemptive love God has for every single human
being on the planet, Christian or not, believer or not, straight or not, sinner or not. Then you may
empathize with the dark night of the soul Pearson experienced when his beloved flock deserted
him for telling his truth, when his peers in the Pentecostal movement denounced him as a heretic,
when his colleagues declared that surely he was going to hell and leading millions with him.

Now, some 18 years later, the powerful and poignant Netflix film “Come Sunday” has restored
the bishop to a wider spiritual influence than ever. The film explores the revelation of the
celebrated Oklahoma evangelical preacher that there is no such thing as hell and eternal
damnation. This “false doctrine” suggested that everyone is saved, regardless of faith or conduct.

Such a proclamation, anathema to traditional evangelical dogma, cannot help but threaten the
righteous powers of the Pentecostal hierarchy and evangelical fundamentalism. To them,
Pearson’s position was nothing less than heresy, demonically inspired.

But when you feel God has spoken to or motivated you, there is no turning back. Recanting was
impossible for Pearson, a man who embodies the essence of love, strongly held convictions, and
authenticity. And a deep commitment to social justice and sacred activism.

“There is a superficial elitism among most evangelicals that presumes that Christians are the
chosen people,” Pearson says. “They believe others are inferior; they should and will go to hell
to be tormented forever. I view this attitude as a brand of white supremacy, enhanced by a sense
of Christian superiority, regardless of race. For the first fifty years of my life, I believed that
simply praying, fasting, and believing in God would save the country and world. We Pentecostals,
for the most part, didn’t march. We got on our knees.

“Now I consider myself a sacred activist,” Pearson says. “A silent church is a salt-less church.

I’m inspired to get involved in peace and justice activism. I am becoming more outspoken,
honoring the teaching and example of our beloved Dr. King. I have been active in Jewish and
Muslim organizations. I’m part of Bishop William Barber’s new Poor People’s Campaign. Many
call him the new voice for civil rights and social justice. For several years, I was on the board of
the Human Rights Campaign and spoke on their behalf at historically black colleges.

“I preach radical inclusion—love, liberty and justice for all. I’m standing with all marginalized
people, particularly the LGBTQ global community and the injustices they experience. [President
Donald] Trump and his evangelical followers are the opposite of that. In the largest measure,
evangelicals put Mr. Trump in the White House. They gave him a pass on everything they would
otherwise have considered sinful, especially such things attributed to President Obama, whom
this same group openly demonized, denigrated, and consistently resisted.

“They obviously don’t believe in or want liberty and justice for all, just for some and primarily
for them. They want to build walls instead of bridges and exclude whole groups of people and
religions, particularly people of color and those who are undocumented, who cannot get through
the intense and tedious process of becoming so because of the bureaucratic red tape. They want

to send them all out of the country even if they’ve been here all their lives, work, have social
security numbers, pay taxes, are married, and have children here. And these people, many who
consider themselves evangelical Christians, say they embrace family values?”

Daring to share his newfound, yes, even radical belief that God loves everyone, sins and all,
Pearson fell into grace. But it has taken nearly two decades for the secular world to reveal the
blessing. He has returned triumphantly to what he calls his own Samaria: the city that once cast
him out of his mega-church pulpit.

“I live in Tulsa, Oklahoma,” Pearson says. “I’ve lived here 47 years, but I was an unconscious
religious Samaritan for most of that time. I understand all the more why God sent me back
here. Samaria was hostile toward Jesus. The disciples wanted to go around Samaria, but Jesus
insisted on going right straight through the most extreme hostility.

“I understand these people; their religious presuppositions and the construct of their minds. The
same people who in one second will tell you Jesus loves you in the next second will tell you that
if you don’t believe, God is going to send you to his burning hell for eternity.

“But this town, like our nation overall, is slowly shifting its consciousness and spiritual culture.
Many leaders are moving to more expanded ways of thinking. Our kids are rethinking their
relationship to the universe, with or without parental support. Their coding and calling seems to
be unique to their own generation more than the preceding ones.”

After the September 2016 shooting of an unarmed African American man by a white police
officer in Tulsa, Pearson joined the ministerial team that met with law enforcement to prompt a
peaceful resolution.

“We took our cue from the [Terence] Crutcher family,” Pearson says. “They insisted they
forgave the murderer from the beginning. I was concerned about trigger-happy and trigger-hyper
police officers here and across our nation. I met with the sheriff and police officers. Regardless
of [Officer Betty Shelby’s] court verdict, we committed ourselves to peaceful demonstration. We
made sure we could have peaceful protests and still march for peace and justice, here in the city
where the worst race riot and massacre occurred just under a hundred years ago. That alone is
remarkable!

The Religion of Love

“We presented a united front. That’s expanded consciousness thinking. It’s really Science of
Mind thinking, more than religious. We were not preaching Jesus as a religion. We were
preaching the religion of Jesus, which is the religion of love and compassion. To say you love
and show no compassion, empathy or active concern is both a misnomer and an automatic
disclaimer.

“I have more hope and happiness now than I’ve had in my life so far,” Pearson says. “I was
feeling hopeless for 20 years before I stopped preaching and believing in the ‘biblical’ hell. I felt
so useless and so wasted. I felt like we were doing what I call spiritual incest—seeding only into
ourselves. Same ‘sect’ relationships. I even stopped having altar calls for salvation in the 1990s.
We were impressing ourselves as evangelicals, but not impacting the world with any fresh or
practical significance.

“I felt so tired and so bored. I knew the craft of ministry. I had mastered stage performance. I
knew the nuances. I knew what would turn a crowd on or off. I knew how to move the masses.
But I wasn’t seeing enough bona fide transformation. I did not know what to do. I knew other
preachers who were bored too, but doing what we do as institutionalized ministers was our bread
and butter.

“It took me a while to make the shift in consciousness, because I didn’t know where to turn. I
would never have listened to an Eckhart Tolle or a Deepak Chopra or a Michael Beckwith. Nor
Wayne Dyer, Louise Hay, or Ernest Holmes. I didn’t know about them! Now I’ve found this
whole new way of thinking. I’m fascinated by it. I’m just eating it up. I see the new religion will
be a powerful synthesis, syncopation and cadence between science and spirituality.”

Does he still consider himself a Christian?

“I would call myself a follower of Christ Consciousness, including some of those Christlike
figures in history who both preceded and succeeded Jesus, many who, no doubt, influenced him,
especially since we don’t know where he was for 18 years in the biblical narrative. Jesus is the
Christian’s enlightened one or Buddha.”

For the last 18 years, Pearson has been practicing and preaching what he calls his “gospel of
inclusion:” loving and ministering to those he had once tried to save from an eternity in hell.
Sometimes it has felt as if his was a lone voice in the wilderness. But now Bishop Carlton
Pearson’s proclamation of the radical, revolutionary, evolutionary love of God for every single
person is being heard around the world.

“Now I preach expanded consciousness,” Pearson says, “what I call self-actualization: getting
away from being who you think people want you to be and instead owning and honoring your
own truth, as you perceive and experience it. Spiritual amnesia causes us to forget that we came
here to this plane, this planet, to express and experience our divinity. I try to remind people that
they already know this but have forgotten. And they love it. It’s like a déjà vu. ‘Oh my God,’
they say. ‘I think I did agree to come here. And I’ve been protesting and contesting and resisting
and resenting…. I just need to say yes!’

“Even Jesus said we are all gods with a little g.”